Scottish knitting for a living over the centuries

The first mention of knitting in Scotland was in the sixteenth century. The early knitters were men, tightly organised by male dominated 'Incorporations' which controlled standards, wages and prices.

As the craft of knitting stockings declined generally in Scotland (the market of sales to America having dried up), in 1661 the Gov of Scotland decreed that knitters be encouraged to produce new lines. So the impoverished stocking knitters began to raise their skills using the newly manufactured quality worsted wools (combed fleeces which lie parallel before spinning) as these gave a finer product which fetched a higher price, especially among the gentry.

A marvellously researched dissertation The Origins and Development of the Scottish Hand Knitting Industry dated 1981, written by Helen Bennett, is a highly respected work on the history of Scottish knitting industry. She says:

"The shank (stocking) workers and spinners of Aberdeen and places thereabout, who were all female ... in 1683 ... one George Pyper who, apart from employing 100 women to knit and spin, had encouraged 'the country people' to produce fine stockings 'by giving them a little money, ... so that from five groats the pair he caused them to sport such a fyness that he had given twenty [shillings[ sterling upward for the pair, being one of the new means of obtaining ready money'."

For centuries Scotsmen had worn bonnets, that is, heavy wide flat knitted hats with a band round the head. The width of the bonnet provided warmth and shelter from poor weather - they weighed up to 2 lbs each (over 1 kg)! Bonnets went out of fashion gradually during the late 1700s once Scotland and England had been united into Great Britain, and London's smart hats became the fashionable headwear of the Scottish well-to-do, a fashion followed by the general population!

However, in the town of Kilmarnock in Scotland the knitting of bonnets did not die, it evolved into a slightly different of hat - a new fashion of lighterweight knitted cap for the military. The Kilmarnock cap was small, sat vertically on the head rather than flowing outwards in all directions as the bonnet had. The ingenious knitters devised headbands in diced and striped patterns to display the colours of the Regiments, and these hats were so popular that they are often seen today. Most readers will be familiar with the Kilmarnock hat worn by the piper on special occasions, and now many British Regiments wear these hats. These hats are still made today in Kilmarnock. 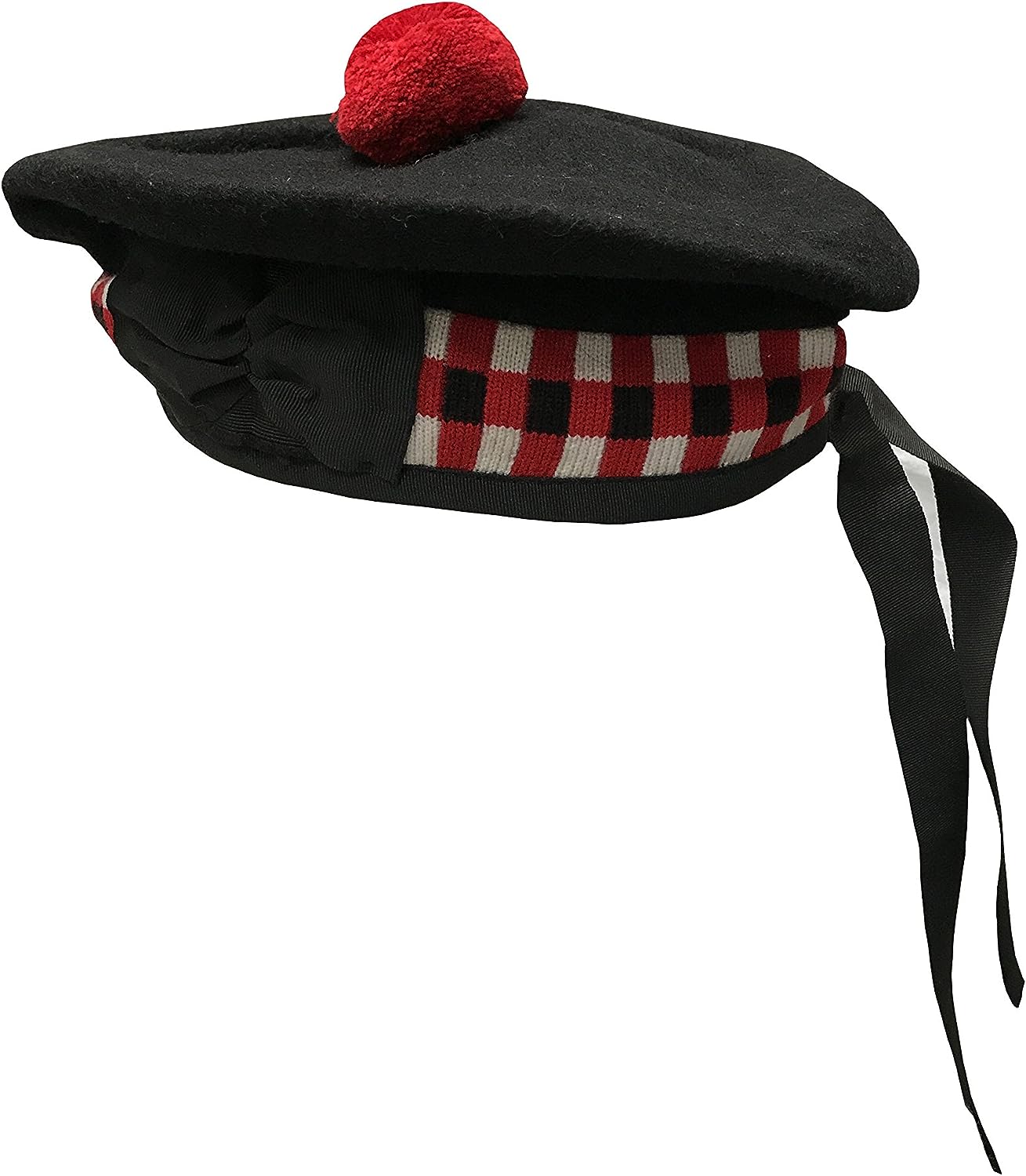 There is also the Balmoral cap, named after Balmoral Castle, a royal residence in Scotland, which is more of a beret with a small pom-pom on top, not so different from the styling of the original Scottish bonnet. In 1857 the Indian regiments also adopted the  Kilmarnock cap.. The "classic quality wool Scottish Glengarries, Balmorals, Kilmarnock bonnets and Tweed Tam O Shanters have been made here in Scotland since 1845 by Robert Mackie" says 'The House of Labhran' in the Scottish Highlands.

Posted by Hazel Woodlander at 20:53